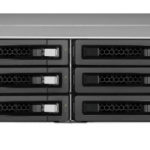 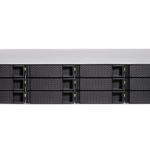 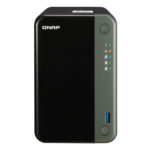 Missing mode protection
When the disconnection of a RAID expansion enclosure is detected, the Turbo NAS blocks IO access to protect data. The system can recover from the missing mode to the normal state with data staying intact.

Powerful QTS Storage Manager
The QTS Storage Manager neatly presents tools and options for managing system storage with an intuitive graphical interface, which simplifies the process of NAS capacity expansion and REXP-1200U-RP management. IT administrators can easily monitor the health status of REXP-1200U-RP and disks in it. When cascading multiple expansion enclosures in a rack, the Locate Disk and Locate Enclosure functions assist IT administrators for quick maintenance.